How to Make Slime with Borax

Today we’re going to find out how to make slime with borax. Borax slime is one of my favorites. It comes out super stretchy and is fun to make – you’ll see why in just a bit.

Watch the video below to see how to make slime with borax, or keep scrolling to see all the individual steps in detail.

Borax (also known as sodium borate) is a natural mineral that has many uses like cleaning, making ink, fighting fires and even keeping bugs from getting in your house!

The brand Borax is sold as a type of laundry detergent and all purpose cleaner. It’s been around since 1891.

The “20 Mule Team” name that’s on the Borax box has an interesting history. In the late 1800’s, sodium borate was in demand since it was needed for mining gold. Most of the sodium borate was coming from mines in Death Valley, CA. But the loads of sodium borate were so heavy, it became too much for standard 18-mule teams to haul. So they started using 20 mule teams and the rest is history!

BTW – We haven’t used any borax in our laundry machine yet, but it definitely makes great slime!

(Don’t have any borax? Here’s how to make slime without borax.) 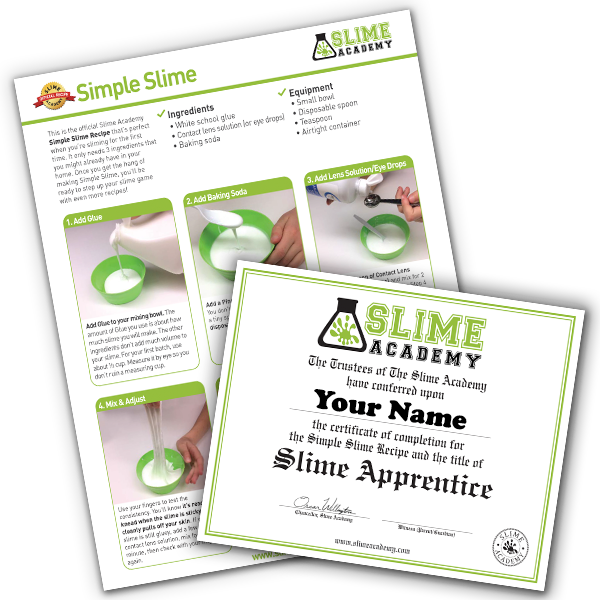 Borax slime is stretchier and stickier than other slimes.

Your hands are going to get pretty messy while you make borax slime, but it’s totally worth it.

Note: Borax slime starts out very gloopy when you first add the borax to the slime mixture. You might even think the batch is ruined at first, but if you keep kneading the slime, it eventually comes together and is totally awesome.

Now let’s get to it and see how to make slime with borax.

Here are the ingredients you need to make borax slime: 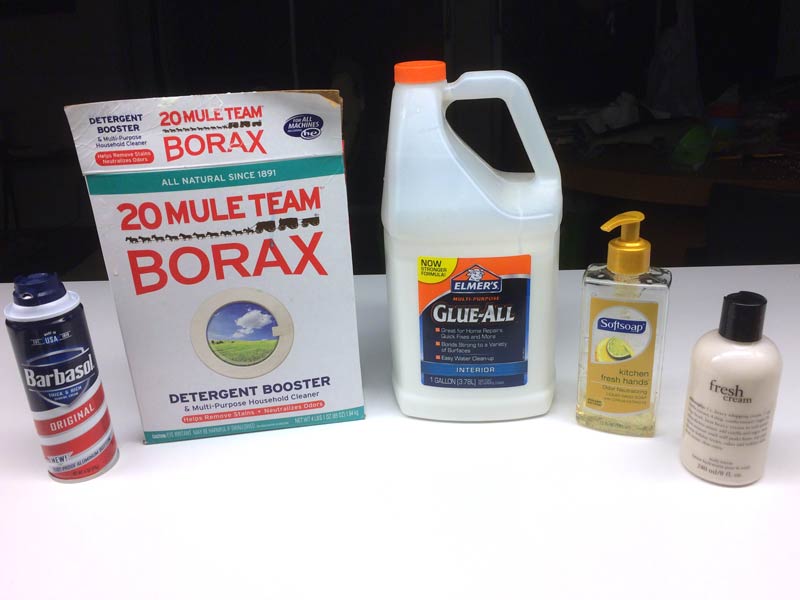 Prepare your workspace. Borax slime is much messier to make than regular slime. If you’re using a small bowl like I do, you will end up spilling a little. That’s okay – the messy part makes borax one of my favorite kinds of slime.

Here are the steps on how to make slime with borax:

Congratulations – you’ve just found out how to make slime with borax! Borax slime is a great slime recipe to have in your bag of tricks. And one box of Borax will last you forever so have fun!

P.S. While you’re here, please take a second to sign up for Slime Academy email below (and please like my Facebook page, too). When you sign up, I’ll  send you emails with special announcements and giveaways that only go to my subscribers. So sign up!!

Get the printable recipe for Slime. 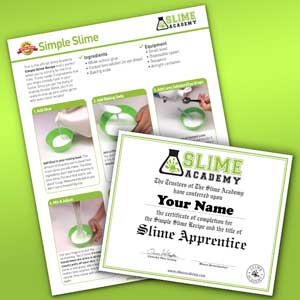 Plus you'll get an official Slime Apprentice certificate -- it's free!